In the French text ” De l’origine du français”, some words derive their origin from regional or foreign languages. Have you recognized them ?
The words concerned are now in colour. Below the text, you can find the solution. 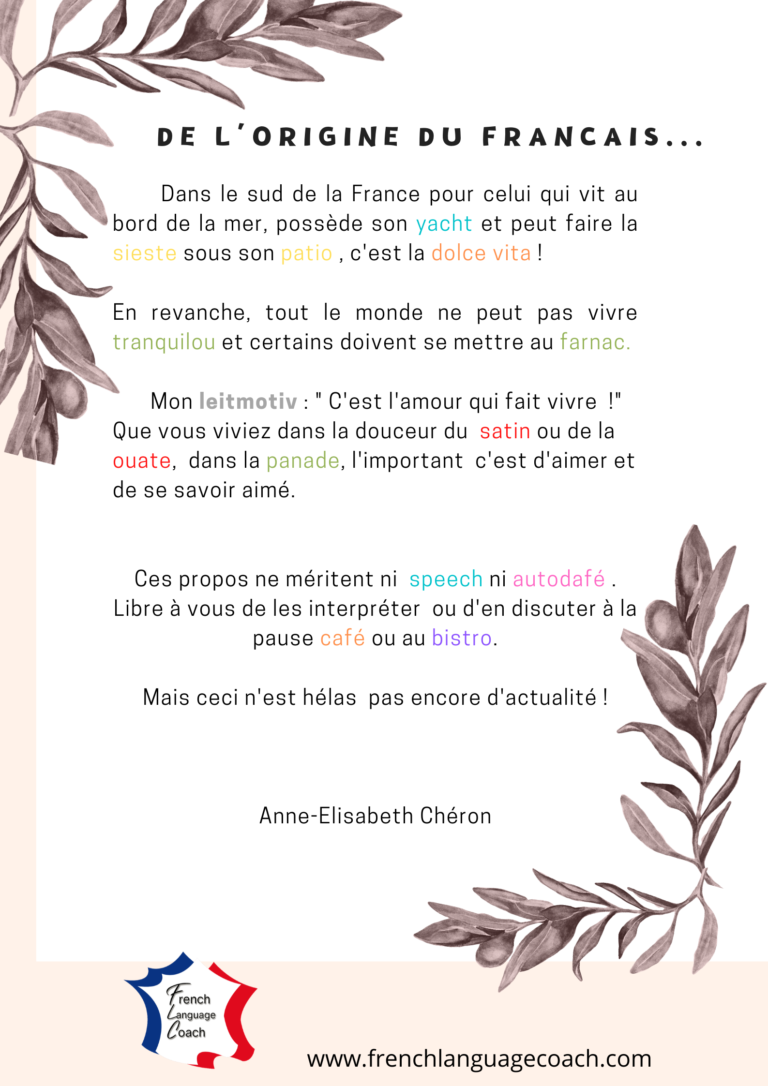 Some words belonging to latin have first appreared in the  occitan language or langue d’oc.
This is the case for example of cagnard, coming from the occitan : canha

Canha is a sunny place sheltered from the wind where the dog basks to sunbathe, or even to warm up or dry off (origin of the word) and also, by extension, a sunny and sheltered place where people tan, take a nap or warm up in the sun.  It can also mean (as in the text) stifling heat.

We could go on explaining that canha comes from the latin « canicula », short for  « canis » , the other name of the star Sirius in the constellation of the Big Dog.

The appearance of Sirius, also called canicula, took place during the summer solstice, the hottest period.
That is then not so  surprising that the word canicule  which means extreme heat and chien have the same origin !

Words from the occitan language in the text : tranquilou – farnac
You also have panade coming from one of its dialect called “provencal”.

Words coming from the English

No need say that “yacht” or “speech” are English.

Words coming from other European languages

In this text, you can find a German word which is leitmotiv”, two Spanish ones : patio and sieste which comes from the Spanish word siesta, which comes itself  from the Latin “sexta hora”.
Have you noticed an Italian expression which is dolce vita ? Café also comes from an Italian word “caffé” which itseld comes form Turkish.

Did you find a Portuguese word ? This is autodafé.

As the word coffee comes from Italian itself deriving from Turkish, the word “ouate” comes from the Italian ovatta but has its origin in an Arabic word ! 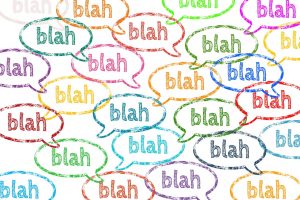 Words coming from other languages

Some words directly come from Arabic such as “satin” or “ouate” trough Italian “ovatta” .
But the word bistro has not travelled the Mediterranean Sea but all Europe from East to West as it is a Russian word.

I hope you enjoyed this glimpse of round-the-world trip of the French language.
If so, please comment.